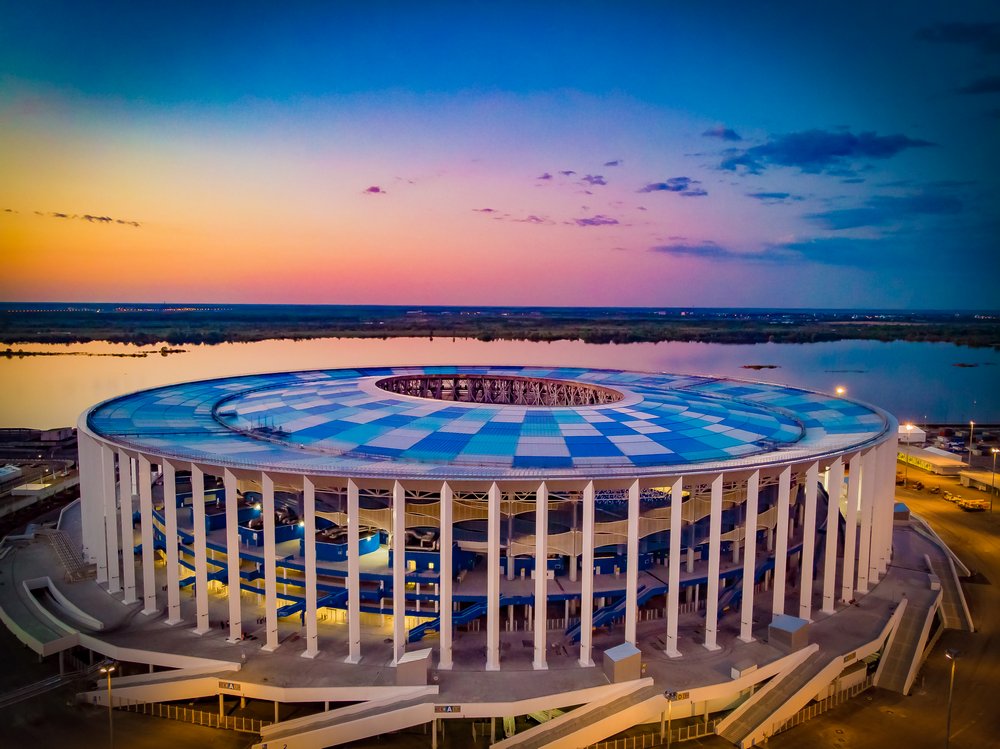 The main football event of the planet was dashed - the World Championship in football 2018, but fans are waiting for another vivid sports event.
During the championship fans from Sweden, Switzerland, Denmark, Australia, Argentina, Colombia, Korea … were guests of “Minin” hotel. And this is only a small part of the list of countries whose fans we were fortunate enough to host.

We were very glad to new acquaintances and communication, but the most important for us - an exceptionally positive impression that our hotel left the guests. Having received a charge of fantastic emotions from football battles, noisy and happy fans came to the cozy "Minin", where they were expected wonderful dishes of our cuisine and excellent service.

We will miss this crazy atmosphere!
For those who want more football and the continuation of the holiday, we are pleased to announce that on Friday, July 27, 2018, at Nizhny Novgorod stadium "Nizhny Novgorod" will host a match for the Olympus-Super Cup of Russia on football in 2018, in which will meet the champion of Russia FC "Lokomotiv" and silver medalist PFC CSKA Moscow. The beginning of the match at 21:30.

The match for the Super Bowl, established by the RFU and the Premier League, is held annually before the start of the next Russian football championship.

This year, guests of Nizhny Novgorod and the hotel "Minin" will be able not only to enjoy the beauty of our picturesque city, but also extend the atmosphere of football passions!

We are waiting for your visit!
Hotel «Minin» 4* on Pozharsky street, Nizhny Novgorod © 2022
Official Website
Nizhny Novgorod, Pozharsky Street, 1
8 (831) 215-65-65
8 (987) 745-99-78 ( Viber/WhatsApp )
We use cookies to improve the way you interact with our website. By continuing to view this page, you are agreeing to use cookies. Learn more about our "Cookies Policy".
We use marketing cookies if you have given permission for this. If you do not give permission, advertisements will still be shown, but these are random advertisements. You can make your choice below.